In 2004, a family-based trust established a Madrasah at No. 2 Muller Street South under the banner of Mufti Sanjalvi Memorial Trust (MSMT) to cater for the Deeni needs of the Muslim community.  Initially, from 2004, MSMT started to provide Madrasah education from No. 2 Muller Street South.  Due to the expansion of the Muslim population in Buccleuch, the trust envisaged the need to build a Masjid for the community.

The Trust purchased a plot on the corner of Parkville Place and Gibson Drive West in Buccleuch with the niyyat of building a Masjid. Alhamdulillah, this property is fully paid for.

In 2009, an application was lodged to re-zone the property to a place of worship (Masjid). Several objections were raised, and a process of hearings followed. After years of perseverance, by the Grace of Allah, consent use was granted in June 2012.

Also, since all funds are Amaanat, it is important that money spent is wisely invested. We firmly believe in upholding this sacred duty to ensure all funds are  utilised without wastage. The idea is to have a functional structure without extravagance to service the needs of the Muslim community.

Alhamdulillah, the Masjid was opened and the first salaah was performed at Maghreb on 1 Jumada al-Thani 1437, Thursday 10 March 2016

Buccleuch is located midway alongside the Jukskei Rivier between the N1 and N3 (from Durban and OR Tambo International Airport). Buccleuch is accessible via the Woodmead off-ramp along the M1 highway which leads to the N1 and N3 – making for convenient access to the Sandton Central Business District (ideal for those who commute to Sandton). The Masjid is situated 1.5 km from the Woodmead Drive off-ramp. 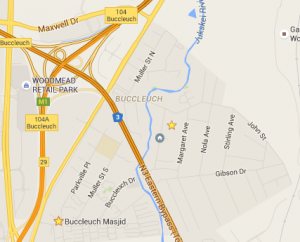 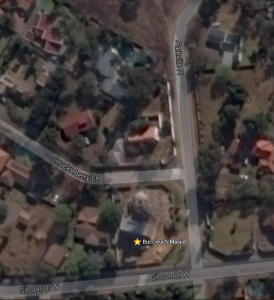 The building plans are included below: 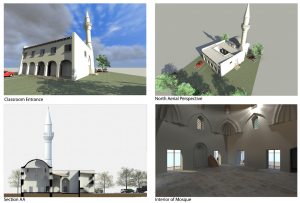 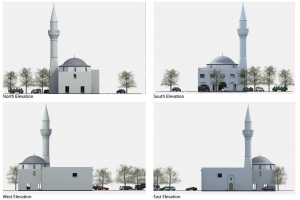 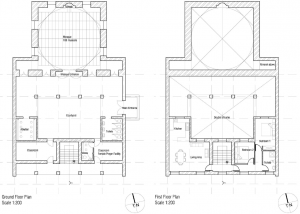 Initially, the Madrasah was at No. 2 Muller Street South. Classrooms were built and the Madrasah is now run from the Masjid premises