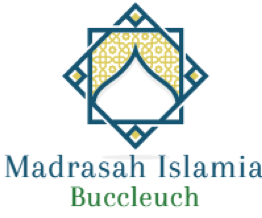 Madrasah Islamia Buccleuch opened in 2004, located at No. 2 Muller Street South, Buccleuch. Under the guidance and supervision of Hazrat Maulana Yunus Daya and Mufti Adam Hajaat (senior Ulama of Marlboro), the Madrasah was opened in order to provide essential Deeni education to Buccleuch and neighbouring communities. The Madrasah started off with 1 Aapa and 5 students. By 2006, the roll count had increased to 23 students. This included children from Buccleuch and neighbouring areas. As the Madrasah grew. more ustaadhs began to join the Madrasah in the effort of imparting Deeni Ilm. Alhamdulillah, currently (2020), the Madrasah has 86 students, 6 Aapas and 1 Aalim.

At the beginning, the principal Maulana Nazir Ahmed Sanjalvi registered the Madrasah with the Waterval Islamic Institute (WII). The syllabus being imparted is the WII syllabus. The Madrasah runs according to the public school calendar, from Monday to Friday, 3pm to 5pm.  The Madrasah offers maktab classes from Grade R to Grade 12, and Hifz classes.

The Madrasah initially operated from No. 2 Muller Street South, but since 2016, has moved to the Masjid property.

For more information regarding the Madrasah, or to enquire about enrolments, please email madrasah.islamia.buccleuch@gmail.com or madrasah@buccleuchmasjid.co.za